New runner video game is heading to the PlayStation 4 and shortly after the PlayStation Vita. The game is known as EarthNight, developed by Cleaversoft. If you’re looking to sit back and enjoy a beautiful runner game then EarthNight may be your best bet.

Cleaversoft has been developing EarthNight for over two years and it was their goal to make the most beautiful runner game available. From the screenshots and trailer available, it looks like Cleaversoft may have just surpassed their goal. The game will be available to demo at this year’s E3 expo but won’t be making its launch debut until 2015 on the PlayStation 4 and PS Vita.

Rich Siegel, lead developer of Cleaversoft, had this to say about the game.

“EarthNight is a hand-painted roguelike runner about the dragon apocalypse. Dragons have taken over the Earth and exiled the decimated human population to outer space. Our outraged heroes Stanley and Sydney decide to skydive to the planet’s surface, taking out as many dragons as they can on their way. In terms of gameplay, Stanley is a good pick for beginners given his simpler control scheme. Sydney is for experts, with a less intuitive — but ultimately more rewarding — control scheme.” 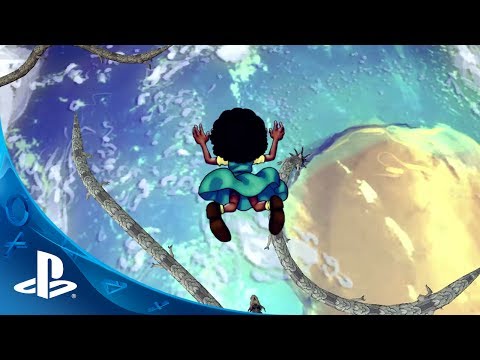