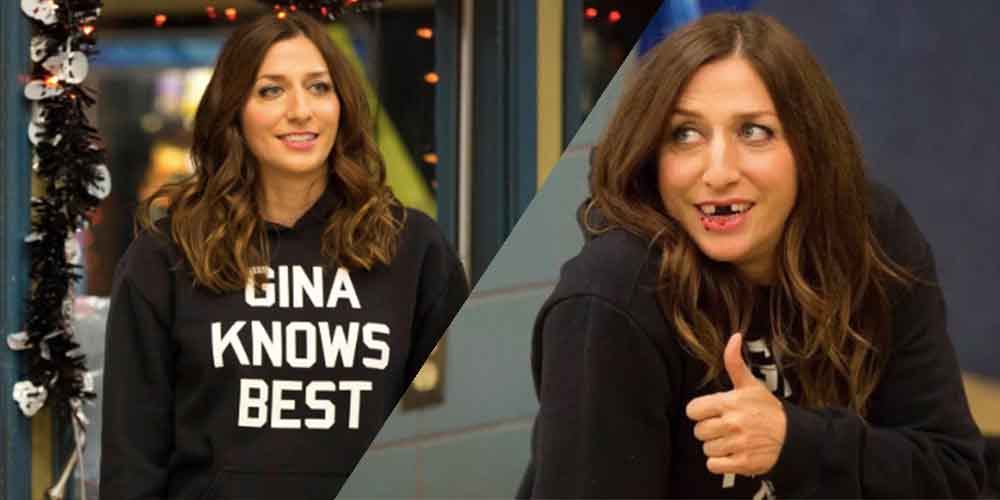 Last year was a strange time to be a Brooklyn Nine-Nine fan, from the show’s cancellation by Fox to it almost immediately being picked up for another season by NBC.

Despite being rescued, fans had to deal with the news that Chelsea Peretti would be leaving the show during the sixth season.

Whether or not Gina Linetti’s exit would be a permanent one has been a prime conversation topic around the show. Now one of her co-stars has given fans a lot of hope that Peretti is still part of the plans going forward, at least to some extent.

Stephanie Beatriz, who plays detective Rosa Diaz, has been promoting The Lego Movie 2, during an interview with Entertainment Tonight she opened up about Gina’s future appearances.

“Chelsea Peretti is a gift from the gods. She really is one of the greats. She’s not really leaving. We are shooting an episode with her coming back very soon.

“She might not be in every episode, but she’s still very much a part of the world,” she continued. “Gina’s forever in the fabric of Brooklyn Nine-Nine. It just wouldn’t be the show without her, so I think audiences are going to be really pleased to see her come back.

“We just did that table read the other day and it’s a really fire script. I can’t wait for people to see it!”

Peretti had previously hinted that her time wasn’t up on the show. When she announced she would be leaving during this season she was already teasing a return.

“B99 fans. Hiiiiiiiiiiii. Chelsea Peretti, here. I won’t be doing a full season of Brooklyn Nine Nine in Season 6. But that doesn’t mean I won’t ever be back, winky face emoji, heart emoji. I want to thank you for the hours you spent watching Gina be Gina: confident, idiotic-but-smart, pithy, and infused with rhythm and cell-phone radiation.”

confident, idiotic-but-smart, pithy, and infused with rhythm and cell-phone radiation. ❤️💯It is hard for me to know exactly what to say. Perhaps Emmy Rossum said it best when she wrote about Shameless (I bolded the extra relevant parts in her quote below):