Activision’s next Call of Duty title might not be a Modern Warfare game it seems. If a rumour by YouTube user is to be taken seriously, the next CoD title will be known as CoD: Ghosts. He claims this information comes from a ‘very legitimate’ source who also gave him the dope on the game’s features.

According to him, Ghosts will be a far cry from the Modern Warfare brand but it’ll utilize modern day weapons. The game will be set in the future and the story will pan out in a way which might force players to use weapons from the past. The game will allow players to change their movements, and they’ll be able to dash and slide while firing, peek around corners and will also be able to roll sideways while prone.

The game is also rumored to feature dynamic loading screens, feature destructive environments, at least in the single player campaign. The game will also see Spec Ops being replaced by a new mode.

What comes as the biggest news is that Ghosts is supposed to release only for the next-gen consoles and PC.This goes well with a previous rumour where it was said IW is developing a next-gen CoD title. 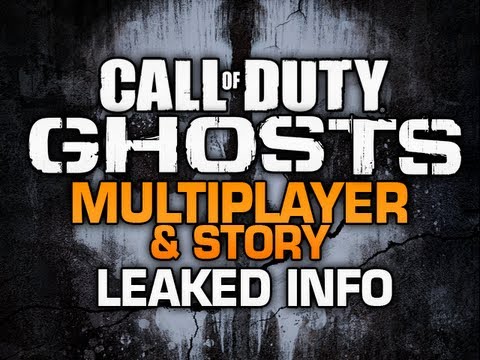