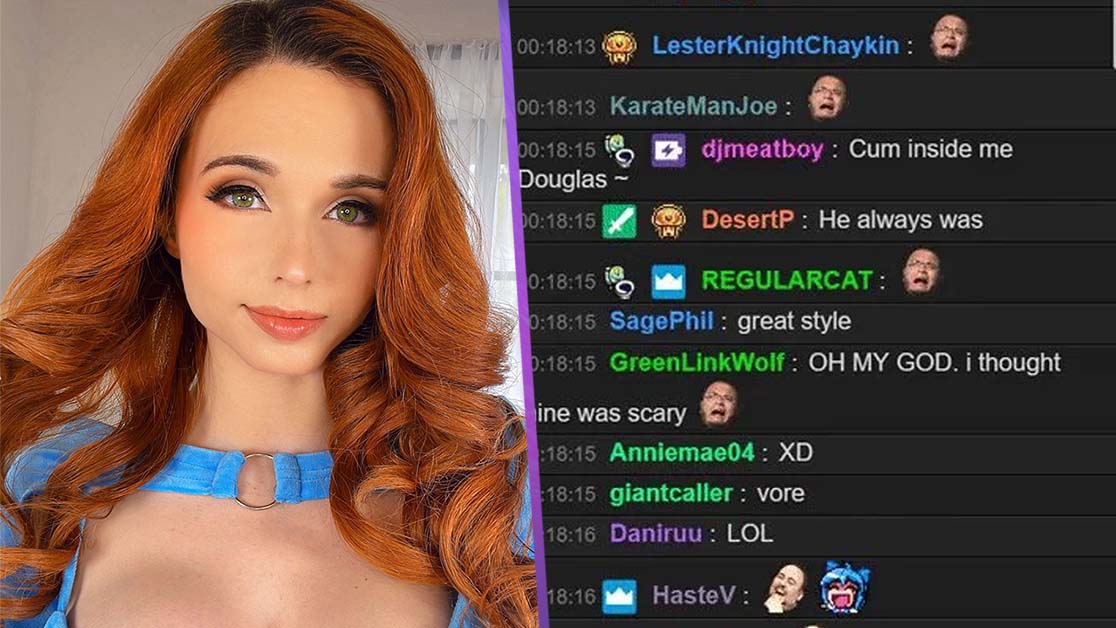 Amouranth has exposed the weird, disgusting DMs she has received from “fans” on social media.

The streamer, who recently quit the “e-girl” lifestyle and OnlyFans, showed the DMs in a new YouTube video.

In the video, she reveals the strange or gross DMs she has received from people. She also says it’s one of the reasons she decided to leave OnlyFans behind.

Amouranth doesn’t actually reply to any of her DMs (and you can’t really blame her). However, that doesn’t stop people swarming her inbox with weird comments.

One comment asked how her breasts “became large”. Another guy sent her “guess what?” for months on end despite receiving no reply. There were also plenty of weird old men asking for pictures or sex.

Amouranth said “In the summer, or spring break or winter break, it’s probably teenagers because they have anime profile pics, and whenever they have that you know it’s very toxic. Every other time of the year, it’s boomers. Just old men messaging me who look like they’re in their 60s, 70s, 80s. It’s very interesting.”

It’s easy to see why these messages would quickly become exhausting to read. Sadly, it comes with the territory of being an attractive woman on the internet.